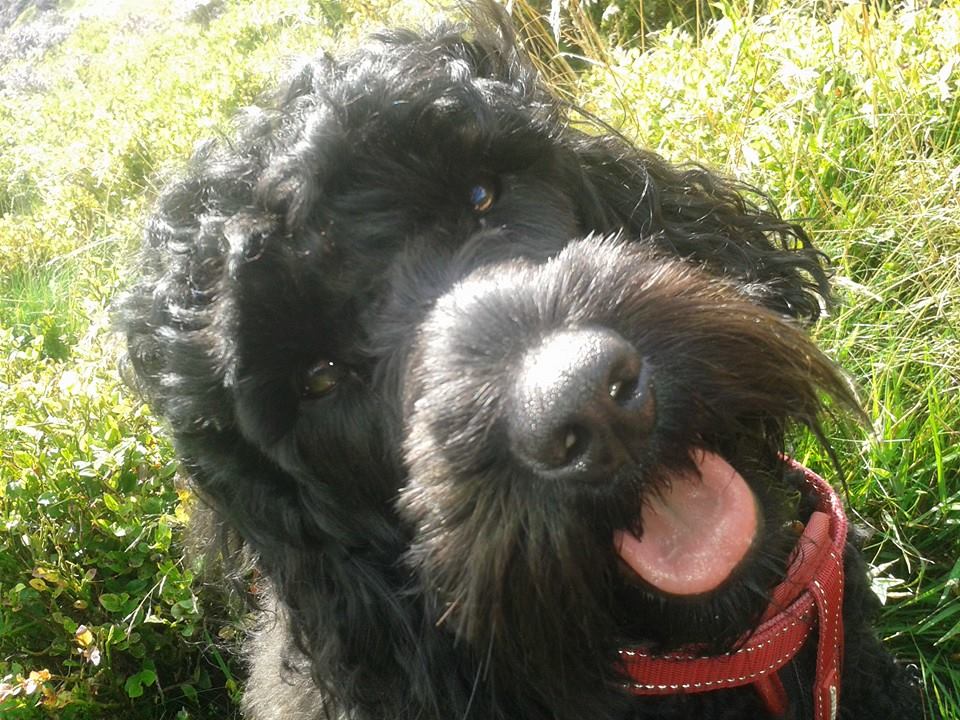 Bobbie’s story began when we noticed that her muscles in her back legs and hip area were not as developed as her sister Bridie’s. She also “bunny hopped” off one leg rather than using both when running or jumping. 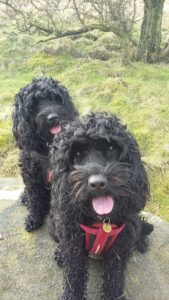 We took her to our local vets and had her x-rayed and were immediately referred to Ben Keeley and his team for a scan. It transpired that Bobbie’s hips were not sitting in the sockets properly. She had a condition called avascular necrosis of the femoral head, sometimes known as Perthes disease. And yes it was unfortunately present in both hips. Ben explained all the options to us and we went for the very best option on his advice for Bobbie to have both hips replaced. Ben and his team briefed us in detail of what was going to be done and the care Bobbie would need over the coming weeks and months.

On the day of her first operation and we anxiously waited for news, which we got when the hospital called us and she was discharged two days later. The care didn’t just end there. Bobbie had to be kept on a lead whenever she was out of the house, no going upstairs or steps and had to have short frequent for several weeks. 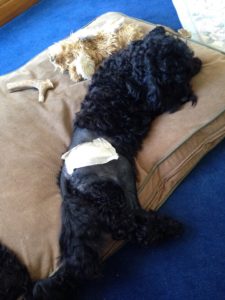 Bobbie became stronger as the weeks went on and finally after 12 weeks Ben signed her off and we could let her off her lead. She went completely bonkers when we let her off the first time. But that wasn’t the end for Bobbie, the second hip was replaced 6 months later. Whilst we knew what to expect this time her recovery rate was incredible, our problems were trying to keep her from running everywhere. Even Ben and the team were amazed at how she was walking the day after her operation. It made us realise how poorly Bobbie had actually been before she had her first hip replaced and how much pain she must have endured during this period.

Bobbie is now the bouncy, cheeky, life and soul of the party cockapoo we knew was in there. She is pain free and out runs her sister, Bridie; she’s quick, agile and smart. We still watch out for Bobbie now, making sure her weight is correct, getting enough exercise and eventually saying “no more fetch the ball your batteries will run out”. She would honestly keep on going if we didn’t.

We can’t thank Ben and his team enough for the care, the support and the fantastic work they do day in and day out. You were always there for us when we had any questions or concerns and you have our sincere heartfelt thanks, especially from our Bobbie Dazzler.