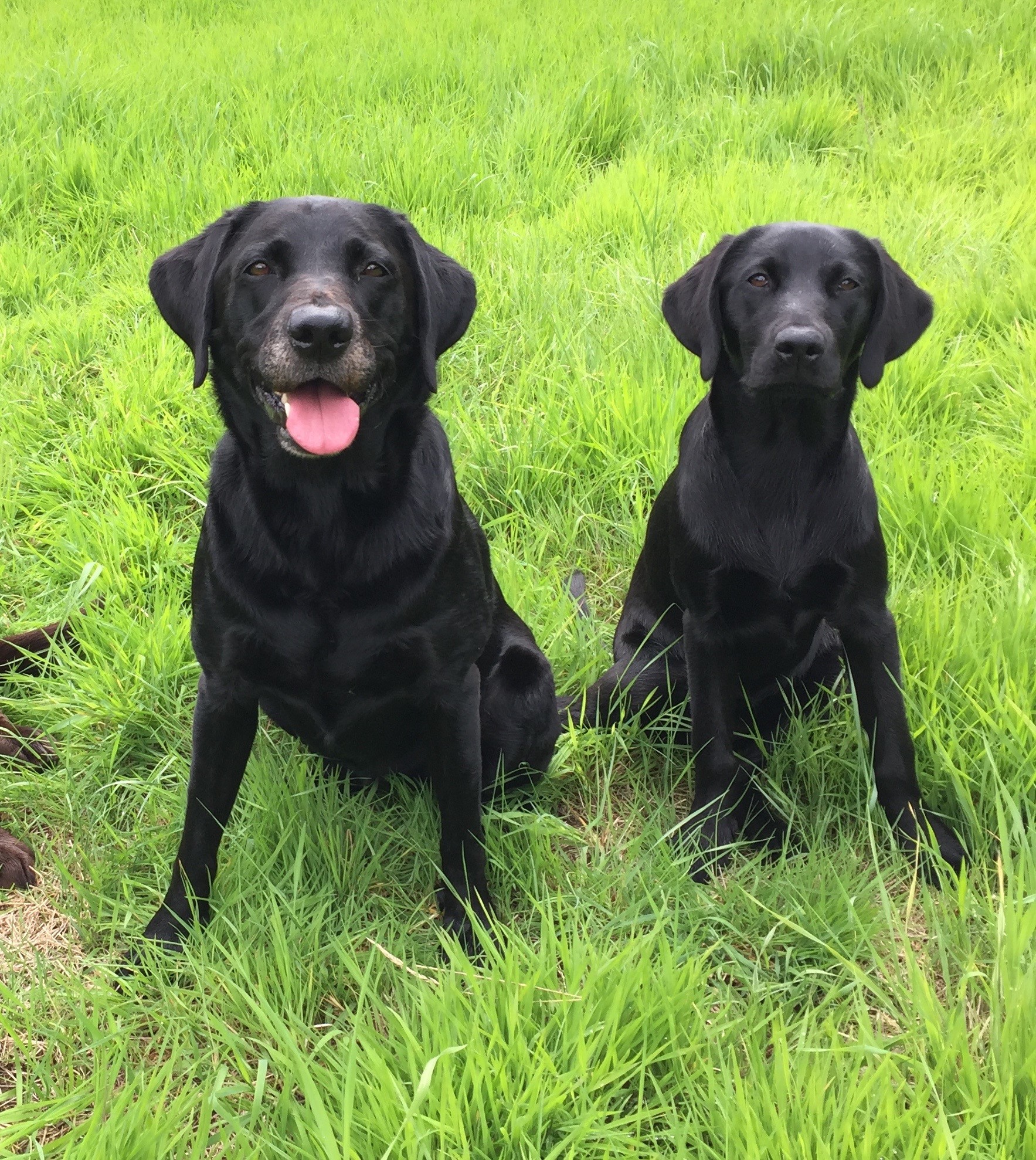 Lucy is a black Labrador retriever from strong working gundog stock. In March 2016 she joined our family as an 8-week-old bundle of energy and mischief, much to the initial consternation of our other lab, 5-year-old Izzy.

The initial ‘getting to know each other’ period for the dogs consisted of Izzy doing her best to studiously ignore Lucy, and Lucy doing her best to provoke Izzy into chasing her. Things soon settled down between the two of them and Izzy even tolerated Lucy sharing the same dog bed, although she was not averse to putting Lucy in her place when it was required.

However as Izzy is maturing I was thinking to the future with Lucy, hoping to train her up and initially lighten the working load on Izzy, before taking over at some stage in the future when Izzy retires.

After the usual puppy ups and downs Lucy settled down into a very lively and smart little dog who was soon showed signs of a good career as a working gundog.

I commenced initial gundog training with Lucy and was pleasantly surprised how quickly she progressed. I tried to be careful not to rush things with her, getting the basics firmly embedded before moving on. I also took her every few weeks to a gundog trainer for one to one sessions where I received as much training as she did. I think its fair to say that she was showing real potential and was far more advanced than my other dogs had been at this age. Things looked really good.

All was going really well with Lucy and her training until just after Christmas 2016, when I noticed that she started limping on her front left leg when we were out exercising her. By this time she was just 12 months old.

I did the usual thing of checking her over and when I could not see any obvious problem I kept her restricted to short lead walks for a couple of weeks. There was some improvement but her lameness was still evident which was frustrating (for both of us) as she was close to bursting with energy.

Visits to my local vets resulted in her problem being diagnosed as suspected elbow dysplasia. I knew a little about this condition, enough to know it could well put an end to Lucy’s future working career. As a result I resolved to get her the best treatment that I could.

I found out about Ben (who lives locally to us) and MVS, so arranged for Lucy to be referred to them. In February this year we saw Ben and after an examination Lucy had a CT scan. The scan confirmed that Lucy had what appeared to be a small fissure in the elbow, consistent with elbow dysplasia. Ben and I spoke at length regarding treatment options; the result was that on the 27th February 2017, Lucy had an arthroscopy on her left elbow.

Following the procedure Ben again spoke to me at length saying that during the arthroscopy they confirmed that elbow dysplasia (medial coronoid disease) was evident and they had treated the affected area of the joint. We picked Lucy up the day after the procedure and once we got her home she immediately wanted to charge around the garden. For apparently intelligent dogs, labs can be really short on common sense sometimes!

As I write this account, we are a week into Lucy’s managed recovery and looking forward to her having her stitches out later this week. With only short lead walks, keeping her calm and managing her over abundance of pent up energy is proving to be quite ‘testing’. However, we are getting there and her walking seems to be improving steadily.

I’m not sure what the future holds for Lucy work wise, that’s to be decided some way down the line, but it would be good if she were able to do what she was born to do, alongside her ‘aunty’ Izzy. If not she will remain as a much loved (and maybe a little spoilt) member of the family.

As for Ben and the staff at MVS – all have shown great care and compassion towards Lucy (and us). It is reassuring for me to know that by bringing Lucy to MVS for treatment, I have given her the very best chance for the future.