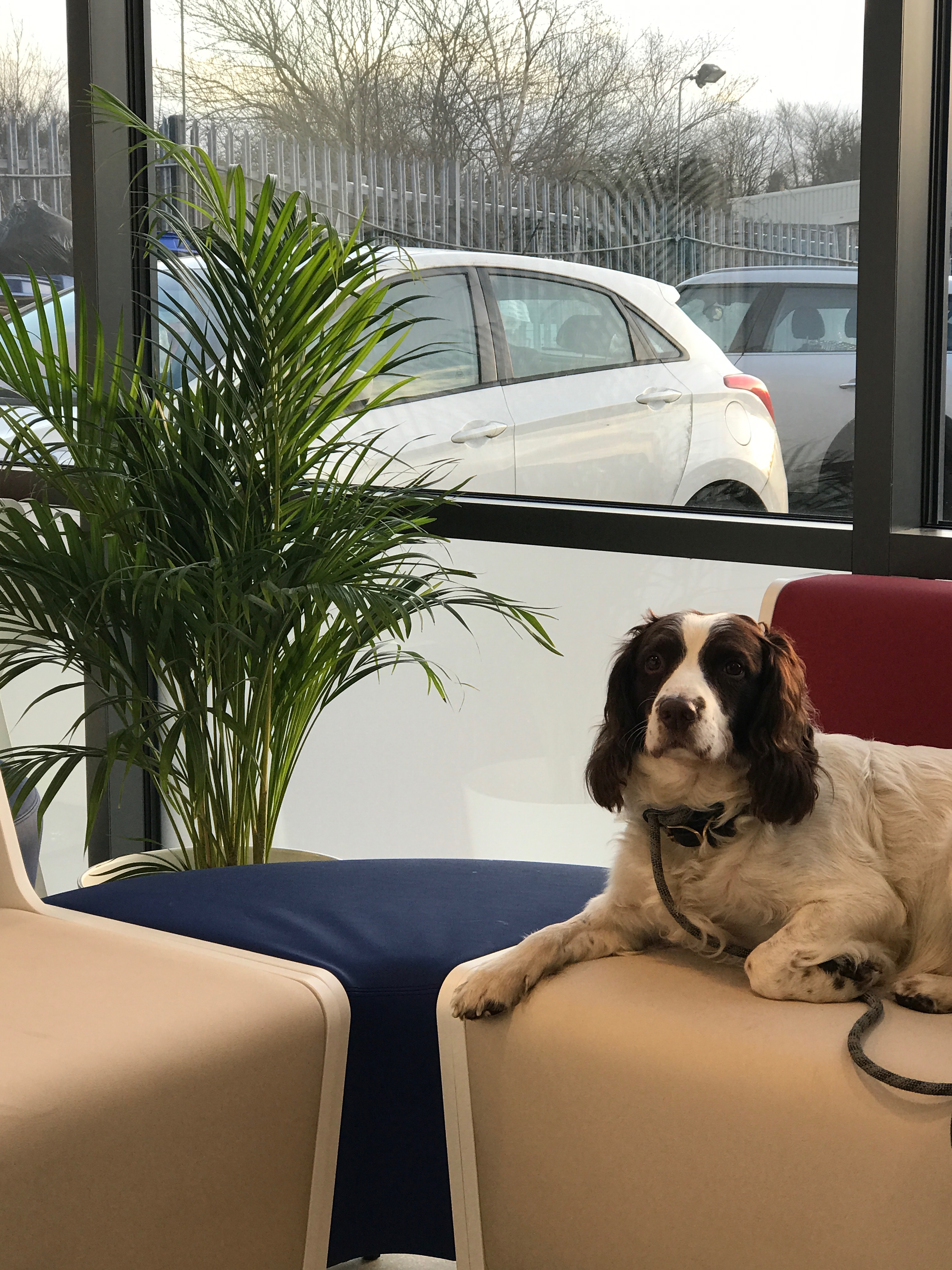 My Ben is a six year old Springer Spaniel. When he was two he slipped off the arm of the sofa and broke his right foreleg. I was referred to Steve Bright when he worked at a previous practice. Steve reassured me that the break would soon heal and explained the procedure of pinning the fracture. After several weeks confined to the house Ben was his old self dashing around and chasing the squirrels!

I already knew Steve as he had performed the TPLO (Tibial Plateau Levelling Osteomy) on my previous Springer, Tim. With the help of a model, Steve went through every detail of this fascinating procedure, assuring me it was the best choice, as Tim was only young and would regain 80% plus of movement in the limb. In fact he regained about 95% movement thanks to Steve’s skill.

Back to Ben. About eighteen months ago he fractured his left foreleg whilst chasing after his ball. My vet referred me to a specialist where he had his leg pinned and plated. When I got him home he did not want to come out of his basket and after several days I went to see Ben Keeley, he then realized immediately that the new type of pins used had been too long and were causing discomfort. He assured me that this was rare but immediately decided to replace the pins and after a few weeks my Ben was his usual mad self again.

All was well until a few months ago when he started to walk a little lame on his front leg. I asked my vet to refer me to Ben Keeley who was now at Manchester Veterinary Specialists. I thought the lameness was in the leg Ben had injured most recently but Ben Keeley did a thorough examination of his notes and X-rays and realized the problem stemmed from the first injury. He said he was almost certain the screw had worked itself loose after nearly five years but reassured me by saying he would X-ray both legs just to be certain. A couple of hours later Ben phoned me to say that he had diagnosed correctly and had removed the loose screw while my Ben was sedated so that he would not have to go through the trauma of another procedure. When I went to pick up my dog, Ben showed me the X-ray pointing to how the screw had moved before he removed it and assured me the bone had fully healed and a replacement screw was not necessary. The day after, my Ben was walking much better, lively and hopefully will be back chasing the squirrels in a few weeks.

I can only thank Ben Keeley and his team for the care and enthusiasm they showed in diagnosing my pet’s problem and in the reassurance and explanation they gave me.