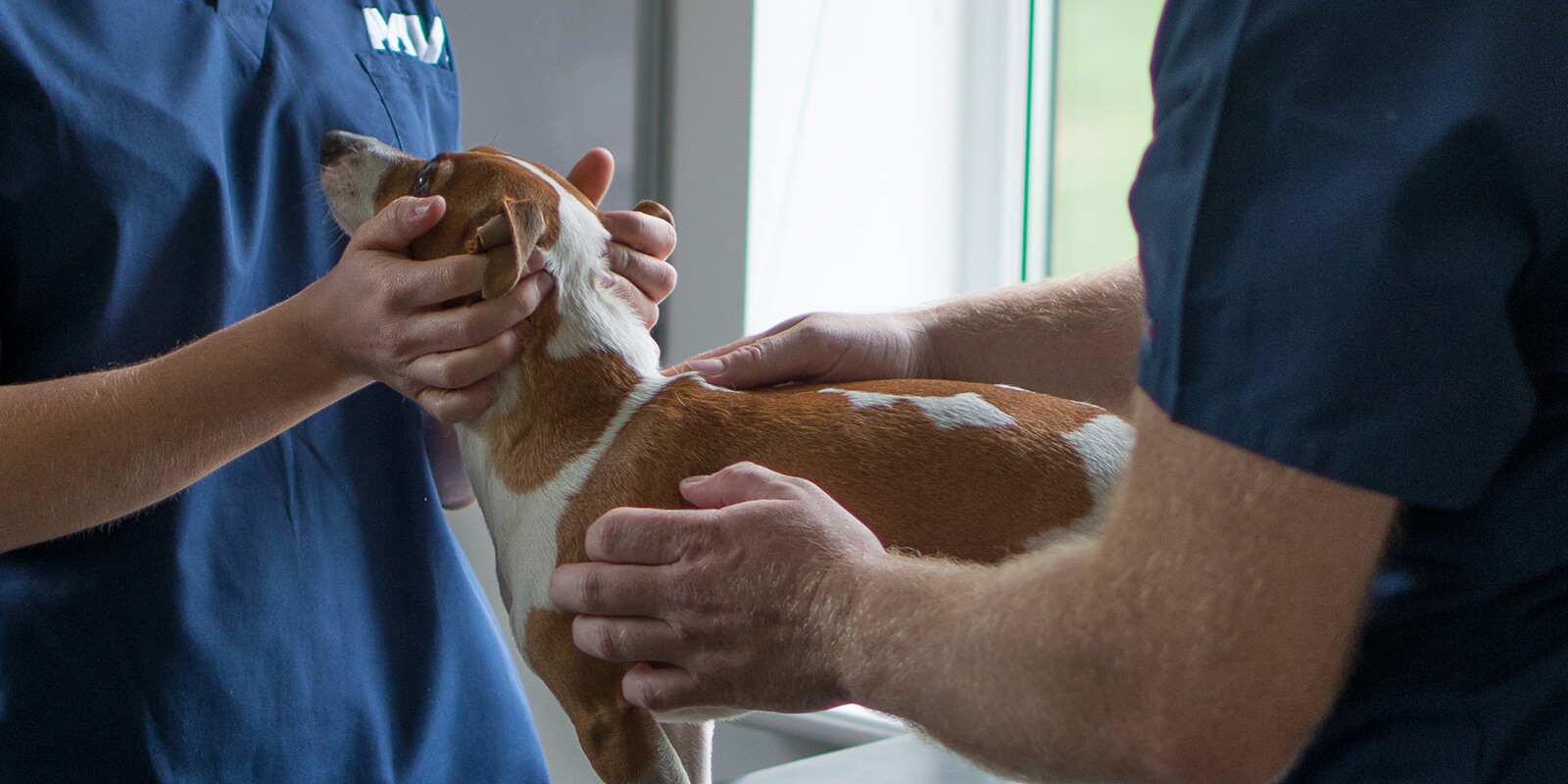 What is Collateral Ligament Injury?

Collateral Ligaments of the carpus

The canine carpus (wrist) is composed of seven small bones. These seven bones form a very complex series of joints. The proximal (uppermost) antebrachiocarpal joint is where the majority of carpal motion occurs. This joint is stabilized primarily by two collateral ligaments:

The medial (radial) collateral ligament is more commonly injured and comprises of two components: the long (straight) ligament and the short (oblique) ligament. These are in varying degrees of tension and relaxation throughout flexion and extension of the carpal joint. The main purpose of these ligaments is to ensure that flexion and extension is the predominant movement through the joint and that lateral (side to side) movement is limited.

An injury to a ligament is defined as a sprain. There are 3 degrees of severity:

Sprains of the collateral ligaments can result in varying degrees of lameness, soft tissue swelling over the ligament or generally over the carpus (wrist). There may be pain on palpation when the carpus is manipulated. If the medial or lateral collateral ligaments are only sprained, palpable instability is unlikely. Rupture of the ligament leads to marked instability.

Standard radiographs are taken to exclude fractures that may accompany the soft tissue injury. Special ‘stress views’ are then performed to assess for instability. The diagnosis is usually confirmed by joint space widening on stress views. New bone formation within the damaged ligament (entheseophytosis) may be observed in chronic injuries.

Conservative treatment may be effective in cases of mild to moderate collateral ligament injury.

Suturing the torn ligament can allow it to heal. It is generally recommended that a synthetic suture stabilization technique is used to reinforce the damaged ligaments. Synthetic ligament techniques include using drill holes or screws placed at the origin and insertion (normal beginning and end points) of the collateral ligaments to serve as anchor points for wire or suture. This wire or suture will have the same action as the damaged collateral ligament, reducing the load on the ligament and facilitating healing.

Splints or casts are recommended for use 4 to 8 weeks postoperatively.

The long term prognosis for this type of repair is unpredictable as osteoarthritis can develop and lead to significant debilitation. In these cases surgical salvage with joint fusion, pancarpal arthrodesis, is considered most appropriate. This may be opted for as a primary treatment if the surgeon is concerned regarding long term function.

Pancarpal arthrodesis may be indicated to alleviate pain, especially if chronic instability is present and osteoarthritis. Arthrodesis means the surgical fusion of a joint. The bones forming the joint are permanently joined together so that there is no painful movement in this part of the limb. Arthrodesis is a salvage procedure that is generally only performed when there are no other options to save the function of the joint. Although undoubtedly a major undertaking, most dogs adapt well to fusion of the carpal joint and enjoy increased comfort levels and quality of life.