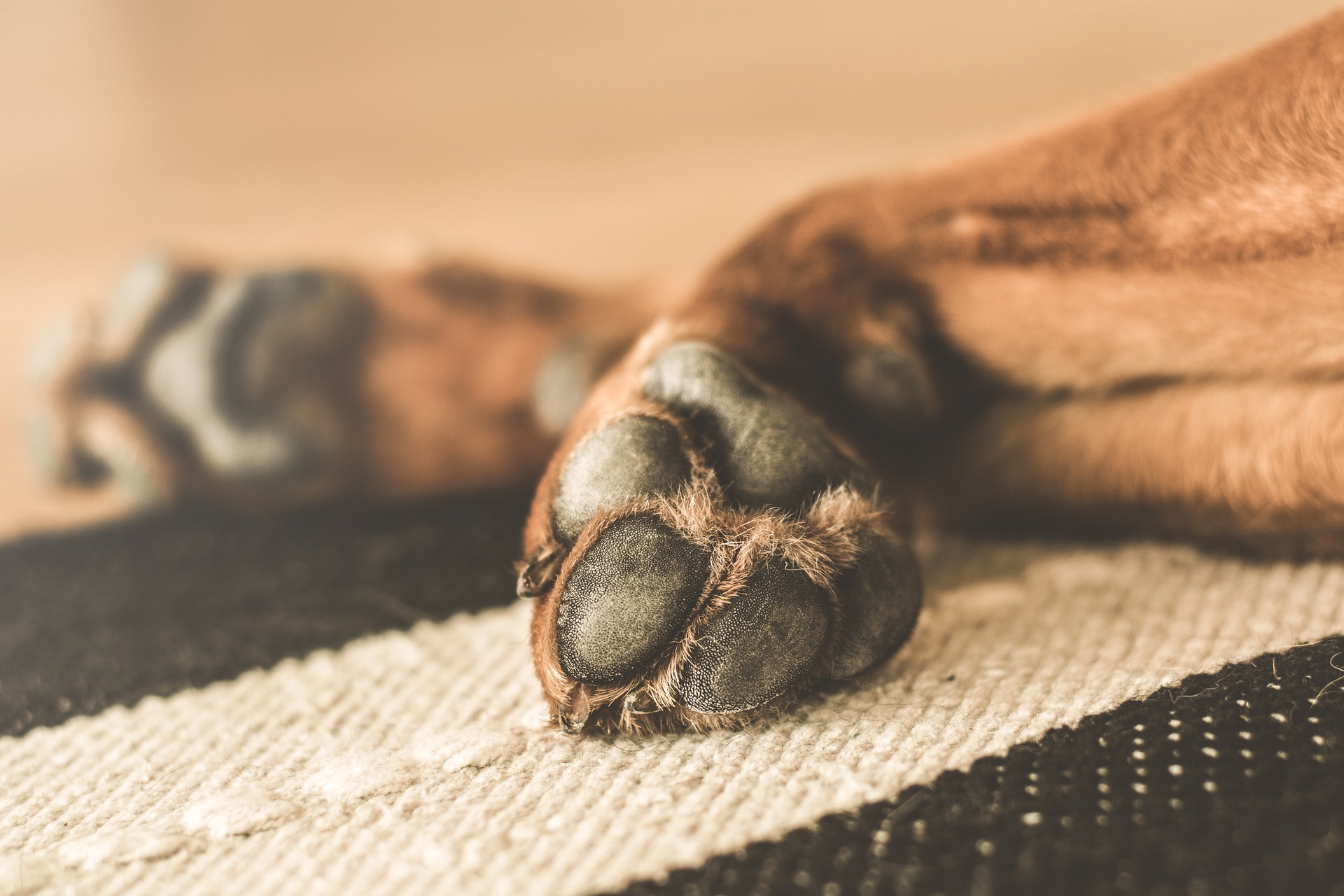 What is Radiocarpal Bone Fracture/Incomplete Ossification?

These fractures are most often seen in active dogs, after injuries resulting from jumps or falls and in dogs undergoing heavy exertion, such as working or racing breeds. Fragments are created when there is a combination of compressive (pushing) forces and shearing (pulling) forces exerted on the bone as is typical during periods of intense exercise. It is suggested but unproven that a persistent weakness exists in the radial carpal bone at the site of fusion of the separate centres of ossification.

The main sign of radiocarpal bone fracture is variable degrees of forelimb lameness. There may be soft tissue swelling surrounding the carpus with recent injury. Manipulation of the carpus may elicit a pain response and may reveal a decreased range of motion.

In chronic (ongoing) cases, lameness may subside somewhat in a few weeks. Your dog may be sound when rested but become lame when exercised. Soft-tissue thickening around the joint may become obvious after a few more weeks as a result of arthritis (joint inflammation). Some dogs may experience bilateral (both forelimbs affected) radial carpal bone fractures. Males are more predisposed to this type of injury and there is some breed predilection with Boxers, English Springer Spaniels, Setters, and Pointers more affected.

Diagnosis of radial carpal bone fractures requires a high index of suspicion because radiographs must be made in special oblique planes and in flexion and extension to verify the fracture. Sometimes even with specialist radiographic views the fracture will not be clearly observed. However, if the history and clinical signs are suggestive of this type of fracture, this can often be sufficient justification for exploration of the joint. CT imaging is also highly beneficial for diagnosis of carpal bone fractures.

Non-displaced fragments may reattach if the joint is splinted for a minimum of 4 weeks. The prognosis is uncertain, however, and many patients require surgery later.

Surgery may be performed to expose the fracture. When the fragment is located, the surgeon decides whether to reattach or remove the fragment. To be reattached, the fragment must be large enough to handle. It is also important that the fracture surfaces are not be severely worn, as may happen in a chronic fracture. Small screws or wire may be used to reattach the fragment to the main body of bone.

Fragments are often removed as they cannot be reattached because of chronicity and resulting wear on the fragment. The aim is for a fibrocartilage scar (scar tissue) to fill in the defect left in the bone following fragment removal.

With simple fractures the likelihood of returning to normal function is good. However, osteoarthritis can develop and in severe cases fusion of the joint (pancarpal arthrodesis) may be required.